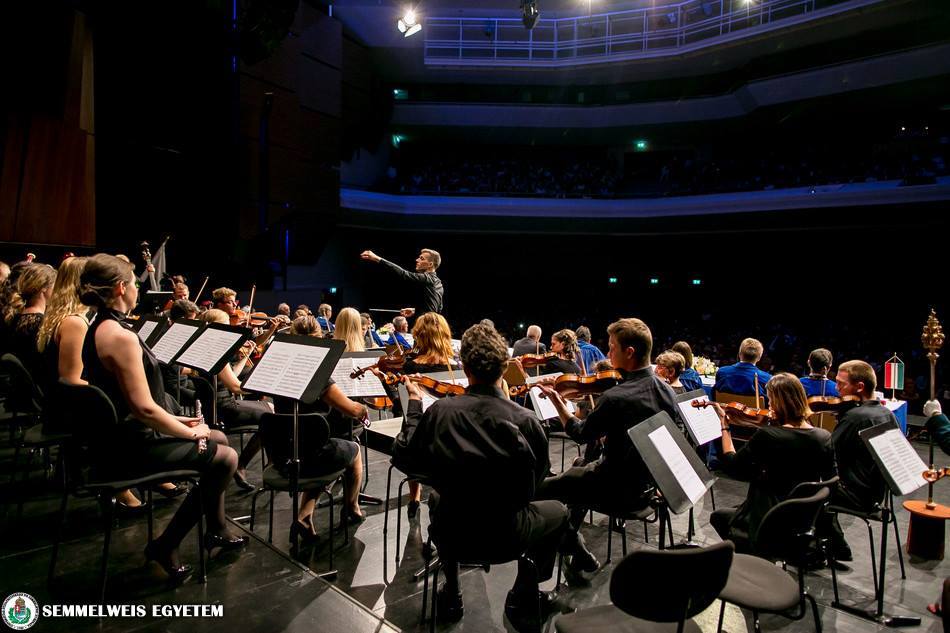 Besides being an important contributor to the institute’s cultural life, the Medic Orchestra of the Semmelweis University has given successful concerts in Bayreuth, in Switzerland and at the Liszt Academy of Budapest, too. Most of the members of the symphony orchestra are active students of the Semmelweis University but also graduated doctors, pharmacists, ambulance officers and students of other universities play in the ensemble. Besides the rehearsals, they organize other events as well, so by now the members are more like friends to each other.

The orchestra was founded in 2008 by Zsuzsanna Balogh (4th year medical student at that time). At the beginning, they worked in cooperation with the doctors’ orchestra conducted by László Tardy, later the rehearsals were held by László Harmat. The current conductor and artistic leader Gergely Dubóczky joined the orchestra in 2009.

The Medic Orchestra is a permanent participant of events at the Semmelweis University (academic year opening ceremony, freshmen ball, inauguration of honorary doctors, Semmelweis Day, other ceremonies) but also plays outside the institution. Besides symphony concerts, the members also play in chamber groups (string and wind ensembles alike) at smaller events. The work of the orchestra is regularly supported by professional musicians as well.

In 2014, the orchestra was invited to Bayreuth by the Wagner Society. In 2015, they gave a concert at the Liszt Academy and also recorded a CD for the 40 year anniversary of the Faculty of Health Sciences. They gave their first concert atin the Pető Institute in 2016 and also had concerts with the Bern University Choir in Hungary and Switzerland. In March 2017 they gave a full house charity concert at the Liszt Academy with the opera singer Atala Schöck. In November 2017 they commemorated Ferenc Széchényi, the founder of the Hungarian National Museum with a programme recalling the musical styles of Széchényi’s era. They closed the year with their traditional Christmas concert in the Downtown Franciscan Church of Budapest.